We are proud to present the fifty-second edition of Whewell’s Gazette your weekly #histSTM links list, bringing all the best in the histories of science, technology and medicine from out of the depths of cyberspace onto computer screens all over the world.

Number fifty-two means that we have completed a nominal year. The calendar year was completed last week, as there was no edition for the week of Monday 25 May. Looking back over the completed year one can see that the production of #histSTM blog post and articles around the Internet is in a very healthy state being both extensive and diverse and covering a bewildering range of topics at a multitude of levels from totally popular to totally serious and very academic. It is to be hoped that the Internet #histSTM community continues to flourish and will, we hope, grow over the next year and for many years to come. We also hope that Whewell’s Gazette will continue to bring its readers, and may they too flourish and grow, all that it can find on its weekly expeditions through the depths of cyberspace.

As already announced last week, and posted in more detail on The Renaissance Mathematicus, out long suffering and intrepid chief sub-editor is going off to unsettle the good folks in the Bay Area of California for ten days so there will be a two week hiatus here at Whewell’s Gazette, with the fifty-third edition due to appear first on Monday 13 July, the fates willing.

“Those who do not remember the past are condemned to misquote it”. – Erik Champion (@nzerik)

“To think of any phase in history as altogether irrational is to look at it not as an historian but as a publicist, a polemical writer of tracts for the times”. — Collingwood, “The Idea of History” (1946) h/t @gabridli

“Hardware, n.: The parts of a computer system that can be kicked”. h/t Mike Croucher (@walkingramdomly)

“It is the vice of a vulgar mind to be thrilled by bigness” – E. M. Forester h/t Christene D’Anca (@ChristeneDAnca)

“I’ve never felt I could claim to be a writer in that full sense. It just seems arrogant” – Anthony T. Grafton

“Through space the universe grasps me and swallows me up like a speck; through thought I grasp it” – Blaise Pascal , Penséees (1670)

“Do not look at stars as bright spots only. Try to take in the vastness of the universe” – Maria Mitchell h/t @hist_astro

“To have pleasure, you need a bit of passion, a great & interesting purpose, a determined desire to learn” – Voltaire h/t Andrea Wulf (@andrea_wulf)

“How I love people who say what they think! People who only half-think are only half alive’”– Voltaire h/t Andrea Wulf (@andrea_wulf)

“There comes a time when you realize that everything is a dream, and only those things preserved in writing have any possibility of being real” – James Salter h/t Chris White (@bombaylychee) 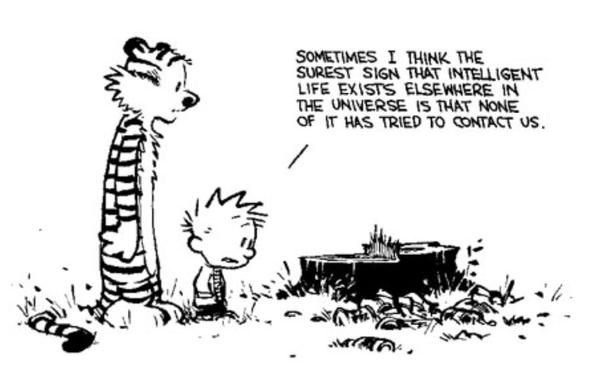 Event of the Week: 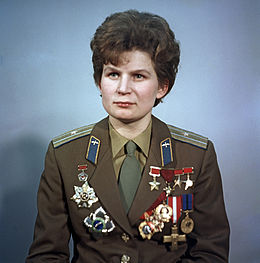 AIP: Voices of the past reimagined

Phys Org: What is Halley’s Comet?

Starts With a Bang: A Quantum of Parody: The Journal of Jocular Physics, a Cosmic Birthday Tribute to Niels Bohr

Smithsonian.com: Los Alamos’s “Atomic Secretary” Was Never Told What the Manhattan Project Was For

Dannen.com: Recommendations on the Immediate Use of Nuclear Weapons, June 16, 1945 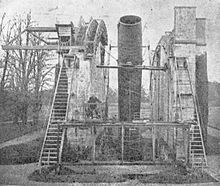 The largest telescope of the 19th century, the Leviathan of Parsonstown.
Source: Wikimedia Commons

The Conversation: When science gets ugly – the story of Philipp Lenard and Albert Einstein

The Conversation: From Newton to Hawking and beyond: a short history of the Lucasian Chair

Wellcome Trust Blog: Image of the Week: The Earth’s orbit around the Sun 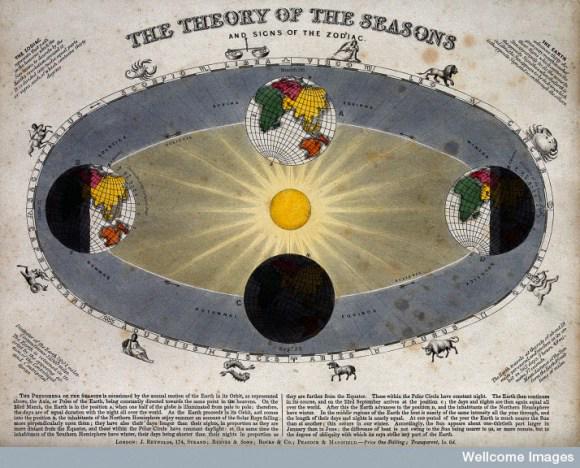 Muslim Heritage: Arabic Star Names: A Treasure of Knowledge Shared by the World

The Renaissance Mathematicus: For those who haven’t been paying attention

Yovisto: “Because it’s there” – George Mallory and Mount Everest 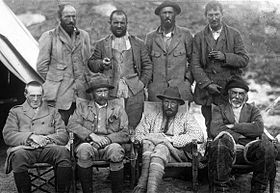 The operation of Trepan, from Illustrations of the Great Operations of Surgery: Trepan, Hernia, Amputation, Aneurism and Lithotomy, by Charles Bell, 1815. (John Martin Rare Book Room at the Hardin Library for the Health Sciences, University of Iowa.)

Remedia: Britain’s Sonic Therapy: listening to birdsong during and after the First World War

io9: This Fungus Was A Medieval Mass Murderer

The Paris Review: Monkey Glands for Everyone

Nursing Clio: The International History of Women’s Medical Education: What Does Imperialism Have To Do With It?

The Royal Institution: Doctors – all over royalty like a rash

Ptak Science Books: Empty and Missing Things9: the Skeleton of the Statue of Liberty

The Public Domain Review: Nature Through Microscope and Camera (1909)

The Friends of Charles Darwin: The great Darwin fossil hunt

The Public Domain Review: A Bestiary of Sir Thomas Browne 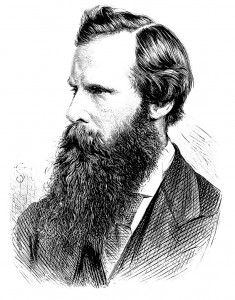 The many-headed monster: What is history for: Doing history/thinking historically

Medicine, ancient and modern: Thoughts on Galen and Pseudo-Galenic Texts

Naomi Oreskes in her office at Harvard University’s Science Center. She has been praised by climatologists for communicating climate science to the public.
Kayana Szymczak for The New York Times

The Renaissance Mathematicus: Three strikes and you’re out!

Indian Journal of History of Science: Why Did Scientific Renaissance Take Place in Europe And Not In Indian (pdf)

The Atlantic: Who’s Afraid of the Metric System?

The Telegraph: In pictures: 10 trailblazing British women in science and maths

The Recipes Project: Exploring CPP 10a214: The Place of Devotion

The H-Word: The Geneva Protocol at 90: An Anchor for Arms Control?

Pay Scale: STEM is Important, But Let’s Not Forget About the Humanities

BBC: The women whom science forgot

The Public Domain Review: A Journey in Other Worlds: A Romance of the Future (1894)

Notches: The Origins of Sex: An Interview With Faramerz Dabhoiwala

Metascience: What’s so great about Feyerabend? Against Method, forty years on (oa)

Reviews in History: The Oxford Handbook of Environmental History

WSJ: They Really Do Speak Another Language

BSHS: He is no loss: Robert McCormick and the voyage of HMS Beagle

JISC: Scientific Controversies: A Socio-Historical Perspective on the Advancement of Science

Strange Remains: The ‘Rembrants of anatomical preparation’ who turned skeletons into art

Engraving of a tableau by Frederik Ruysch (1744) Etching with engraving Image credit: . National Library of Medicine.

The Guardian: The impossible world of MC Escher

RCS: Surgeons at Work: The Art of the Operation Hunterian Museum 31 March–19 September

National Theatre: The Curious Incident of the Dog in the Night-Time at the Gielgud Theatre

Slate: Watch the Evolution of Movie Dinosaurs From 1914 through Today: (They’ve Definitely Improved.)

io9: An Animated Musical About Lilian Todd, First Woman to Design an Airplane

CHF: The Museum at CHF

BBC: A Barber-Surgeon Attending to a Man’s Forehead

Youtube: Always/Never: The Quest for Safety, Control, and Survivability – Part 1

Advances in the History of Psychology: CfP: Contribute to the Psychologist “Looking Back” Column!

University of Boulder: CHPS: 31st Boulder Conference on the History and Philosophy of Science: Emergence: 16-18 October 2015

University of Wuppertal: CfP: Before Montucla: Historiography of Science in the Early Modern Period 3-4 March 2015