It’s time once again for another edition of the weekly #histSTM links list Whewell’s Gazette to bring you all the histories of Science, technology and medicine that our doughty editorial team could gather together out of the Internet over the last seven days.

Great Britain in general and London in particular is plastered with what a German friend of mine calls Kranzabwurfstellen, (in English places to drop off wreaths) i.e. monuments and statues. The majority of these are statues of white men who made a living out of killing other, often non-white, men, often throwing in women and children for good measure. The number of women commemorated in this manner is comparatively negligible.

This week saw a novum, not only a statue erected in London to a women but what is, in all likelihood, the very first ever statue erected in Britain of a black woman, the Crimean War nurse Mary Seacole, who was voted the greatest black Briton of all time in 2004.

One would have thought that the medical community and the historians of medicine would have universally welcomed this honour for Mary Seacole but some of the fans of Britain’s other great Crimean War nurse Florence Nightingale objected, apparently amongst other things on the grounds that the statue of Seacole was taller than that of Nightingale. The mind boggles! 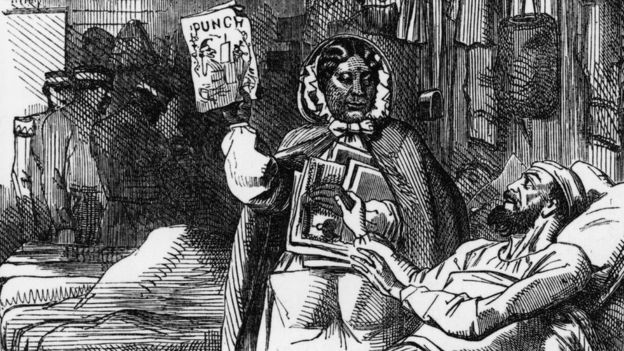 I think we should all welcome this monument to a woman and a black Briton and that we should all demand that more women and more non-whites who have made significant contributions to our society be honoured in this way. 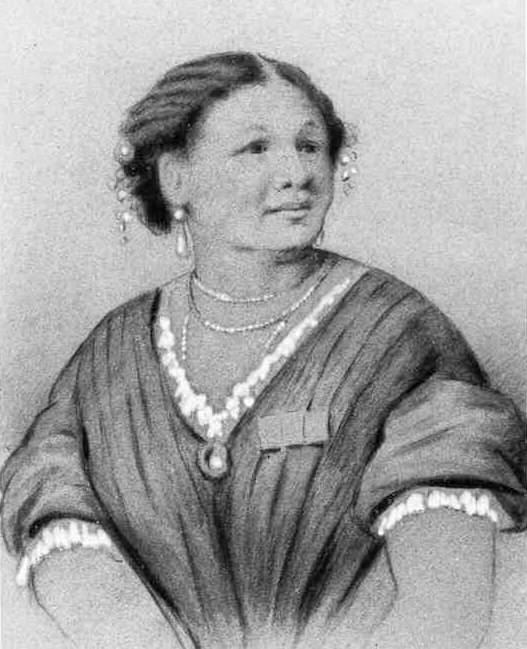 southbank london.com: The Birth of a Statue: Mary Seacole Remembered

“Am retreating to the 17th century, when all they had was war, revolution, regicide, plague and fire” – Matthew Cobb (@matthewcobb)

“Juncker: “I would like the UK to clarify its position.” Happy to oblige: no one is in charge, there is no plan, we haven’t a fucking clue” – Philip Ball (@philipcball)

Seems to good to be true? It is! It’s an Internet fake. h/t @HPS_Vanessa

“We study history, I have maintained, in order to attain self-knowledge“ – Collingwood h/t @GuyLongworth

“The moving power of mathematical invention is not reasoning, but imagination.” – Augustus de Morgan (1806-1871)

“I’m happy to have no faith, unless an exultation in the ‘endless forms’ of creation counts as a faith” – Richard Mabey

“If they don’t give you a seat at the table, bring a folding chair.” ― Shirley Chisholm

“Leibniz discovered calculus by accident, while trying to prove to a friend that his birthday was on July 1st” – Jan Mieszkowski (@janmpdx) 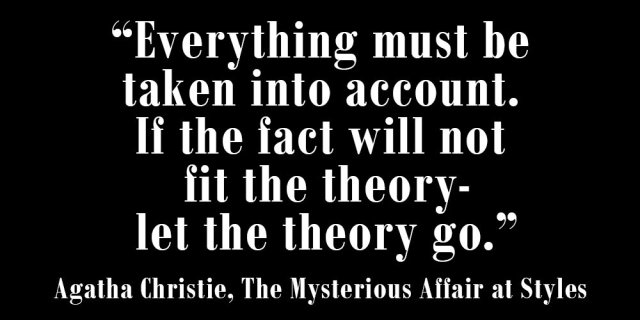 “A machine learning researcher, a crypto-currency expert, and an Erlang programmer walk into a bar. Facebook buys the bar for $27 billion” – ML Hipster (@ML_Hipster)

The Renaissance Mathematicus: A lover of paradoxes

Yovisto: Rembert Dodoens and the Love for Botanical Science

The Renaissance Mathematicus: Of Herbs and Herbals 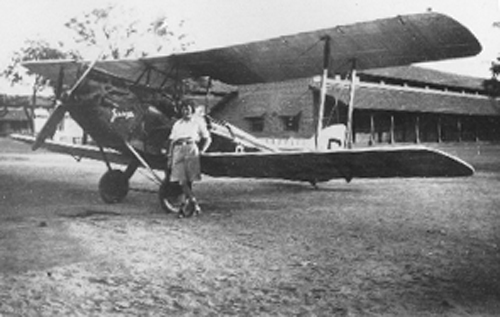 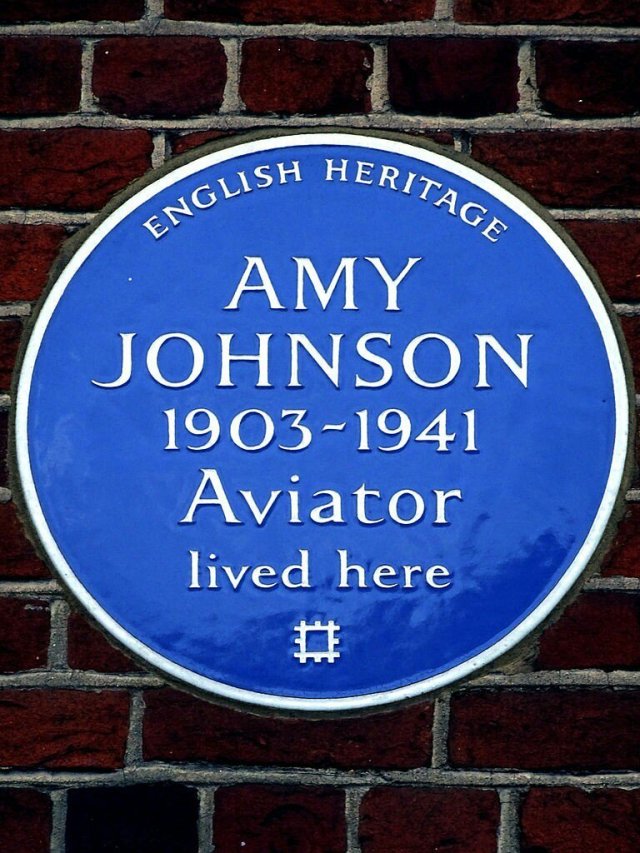 The Curious Wavefunction: Bethe’s Dictum: “Always work on problems for which you posses an unfair advantage”

JSTOR Daily: Where in the Solar System Is Vulcan

Culture and Cosmos: Seven Stars of Heaven Shrines on Earth: The Big Dipper and the Hie Shrine in the Medieval Period

Yovisto: The Annus Mirabilis in Physics – Albert Einstein and the Year 1905

Yovisto: George Ellery Hale and the Magnetic Fields in Sunspots

The Guardian: The prehistoric tombs that may have been used as ‘telescopes’

Smithsonian.com: These Ancient Tombs May Have Been Both Graves and Observatories

Forbes: Antikythera Mechanism May Have Been World’s First ‘STEM Project

John Brigg built this solar telescope to observe and record sunspots. It’s pictured in front of the Stellafane clubhouse of the Springfield Telescope Makers in Vermont.
J. Briggs

The Irish Times: Georges Lemaître: the Belgian priest who preached the Big Band

The New York Times: Jupiter and its Moons 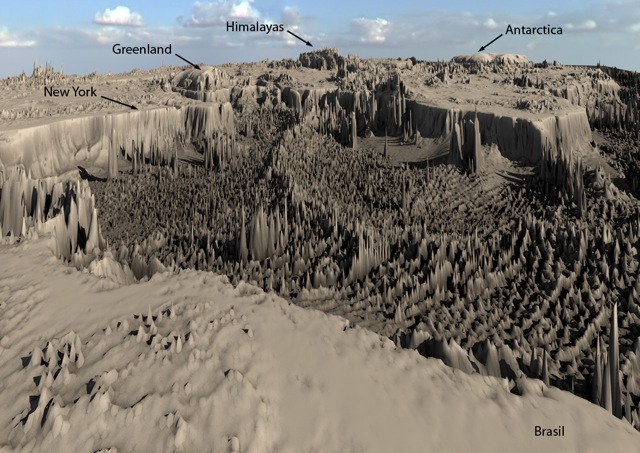 Yovisto: Maria Mitchell and the Comets

Memory.loc.gove: The 1562 Map of America by Diego Gutiérrez

Spoons on Trays: Longitude in London

National Geographic: The Unlikely Story of the Map That Helped Create Our Nation

Center for the History of Medicine at Countway Library: Staff Finds: The Art of Robert Latou Dickenson

Forbes: How Castration and Opera Changed the Skeleton of 19th Century Singer Pacchierotti

The Chirugeon’s Apprentice: Mangling the Dead: Dissection, Past & Present

Atlas Obscura: The Star is the Corpse

Yovisto: Ignaz Semmelweis and the Importance of Washing Your Hands as a Doctor

A study of 54 dead babies was not all bad news.

Thomas Morris: The man with the wax face

Paleofuture: Electrocuting People Was Basically America’s Pastime in the 1920s 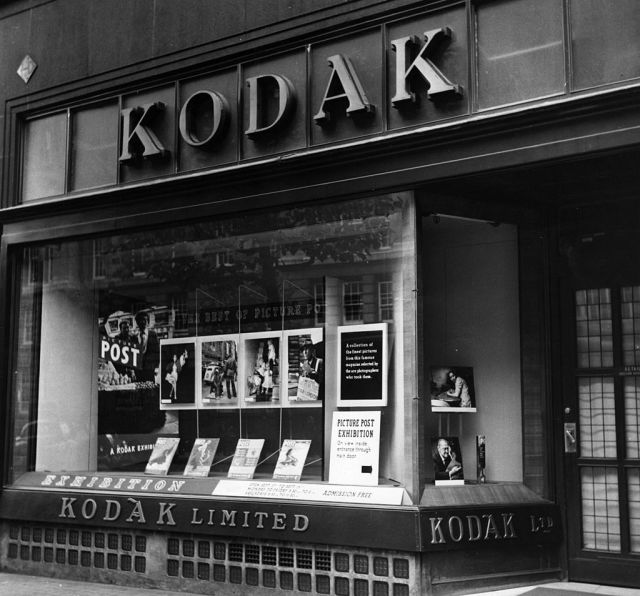 Yovisto: John Gorrie and the Wonders of Air Conditioning

Quill and Pen: Larcum Kendall and K1: The Greatest Watchmaker and Watch You Have (Probably) Never Heard Of

Paleofuture: Doubts About the Airplane in 1909: ‘Emotion Has Run Away With Reason’

Smithsonian.com: The Pioneers of Video Game Technology Are About to Become the Stuff of History

Conciatore: The Material of All Enamels

Slate: Victorians’ Fears About the Ills of Modern Technology Sounded a Lot Like Ours 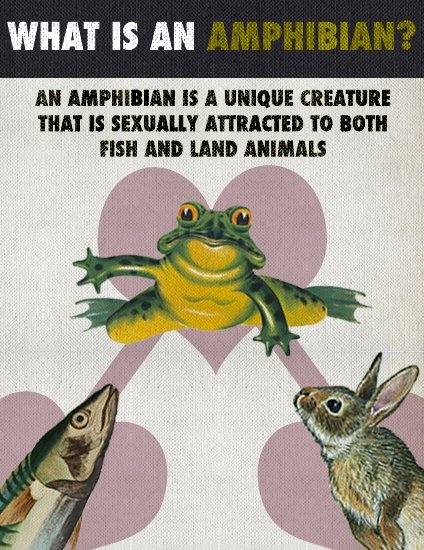 Berfrois: Birds of the Indian Plains

The Field Museum: Bringing Neanderthals to Life: The Sculptures of Elisabeth Daynès

TSS: Bricked In: Following the trail of Alexander von Humboldt on the outskirts of Berlin

The Guardian: Bedroom where Charles Darwin died to be opened to the public

Nature: Dolly at 20: The inside story on the world’s most famous sheep 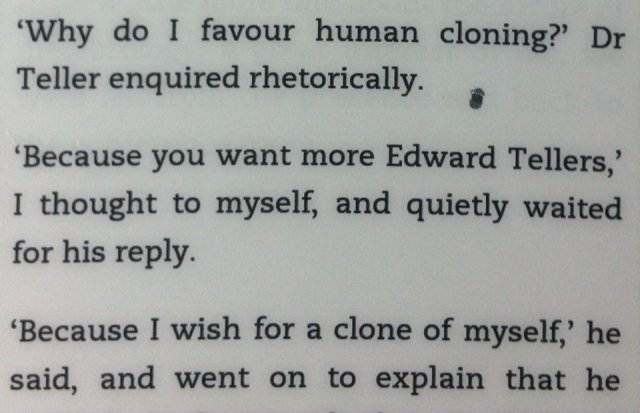 Science League of America: A Couple of Zingers from Darrow

Notches: ‘Every time I see a cock I go funny’, or, what regional studies bring to the history of sexuality

Forbes: The Tunguska Event: Still a Mystery After 107 Years

The Guardian: Origin story: what does Darwin’s taste in art tell us about the scientist?

American Museum of Natural History: Get to Know a Dino: Gastornis gigantea

A model of Velociraptor on display in Dinosaurs Among Us.
© AMNH/R. Mickens 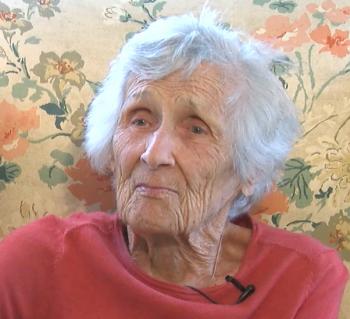 RSC: On This Day in Chemistry July 2nd

Smithsonian.com: Museum Director Calls for Increased Funding for Scientific Collections to Save Lives

Smithsonian.com: The Surprising History of the Infographic

L0041105 Diagram of the causes of mortality in the army
Credit: Wellcome Library, London.

Atlas Obscura: The Scottish Scoundrel Who Changed How We See Data

The Guardian: Why bad ideas refuse to die

The Recipes Project: Introducing Artechne – Technique in the Arts 1500– 1950

Back Channel: A Women’s History of Silicon Valley 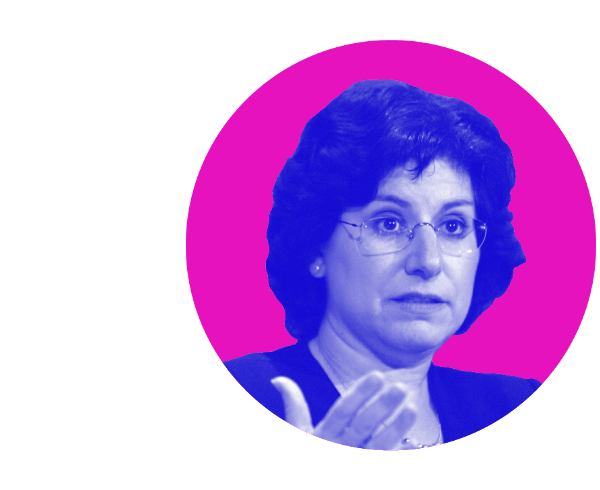 The New Atlantis: The Optimistic Science of Leibniz 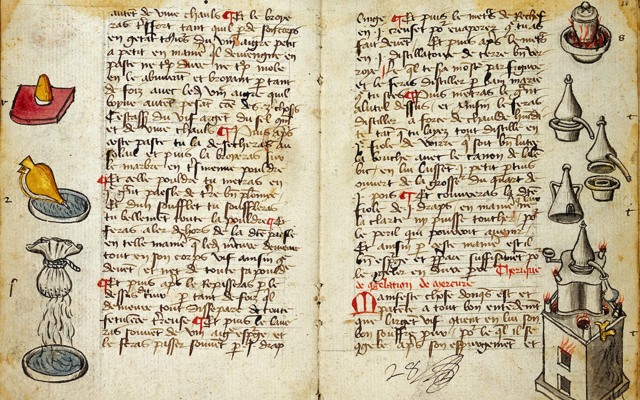 The Atlantic: How to Write a History of Writing Software

University of Cambridge Museums: Curiosity is what museums are here to engender 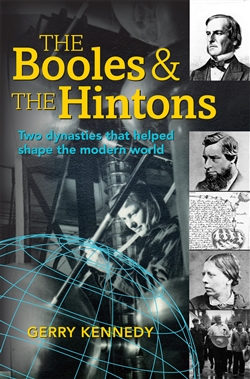 Harvard University Press: The Rhinoceros and the Megatherium: An Essay in Natural History

Royal Museums Greenwich: Above and Beyond: The ultimate interactive flight exhibition 27 May–29 August 2016

Marc Garrett: Curating Monsters of the Machine: Frankenstein in the 21st Century

The College of Physicians of Philadelphia: Digital Library: Under the Influence of the Heavens: Astrology in Medicine in the 15th and 16th Centuries 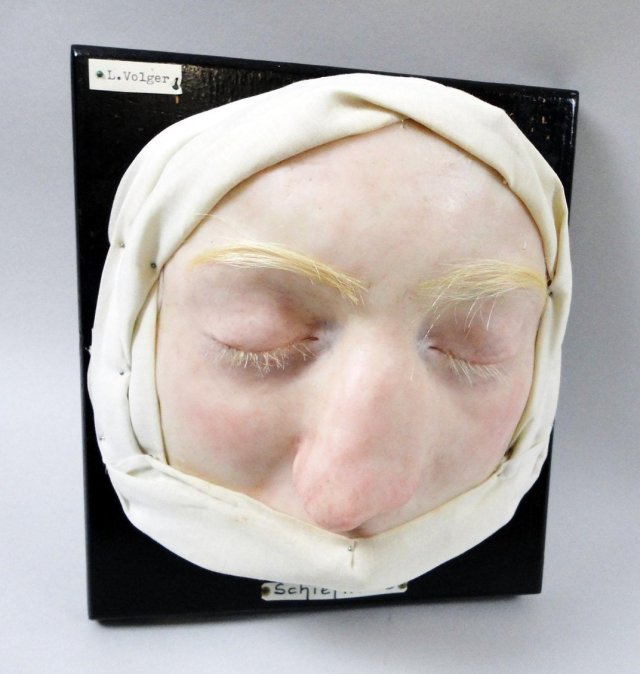 A skin affliction on display at the Moulage Museum. (Moulagenmuseum University and University Hospital of Zurich)

Harvard Magazine: Before Social Media: Radio was the medium that broke the silence

The Houston Museum of Natural Science: Cabinet of Curiosities Opens 6 May 2016

Fine Books & Collections: The Norman B. Leventhal Map Center at BPL to Host Exhibit, “From the Sea to the Mountains” 2 April–28 August 2016

The National Air and Space Museum: A New Moon Rises: An Exhibition Where Science and Art Meet

Corning Museum of Glass: Revealing the Invisible: The History of Glass and the Microscope: April 23, 2016–March 18, 2017

Royal College of Physicians: “Anatomy as Art” Facsimile Display Monday to Friday 9.30am to 5.30pm

Historical Medical Library: Online Exhibition: Under the Influence of the Heavens: Astrology in Medicine in the 15th and 16th Centuries

Somerset House: Utopia 2016: A Year of Imagination and Possibility

Bethlem Museum of the Mind: YOUTOPIA: VISIONS OF THE PAST, PRESENT AND FUTURE

Bethlem Museum of the Mind: THE MAUDSLEY AT WAR 25 May–20November 2016

Museum of the History of Science: Globe-makers 9 July 2016

Victoria Baths – Hathersage Road, Chorlton-on-Medlock: Talk: “The Evils of Dirt and the Value of Cleanliness:” a history of Manchester’s early baths and wash-houses, 1840-1876 10 September 2016

Discover Medical London: Walking Tour: One for the Road

University of Utrecht: Descartes-Huygens Lecture by J.B. Shank on ‘Newtonian’ Mechanics in France around 1700

University College Cork: Walking Tours: A second chance to solve the mystery of ‘Being Boole’! 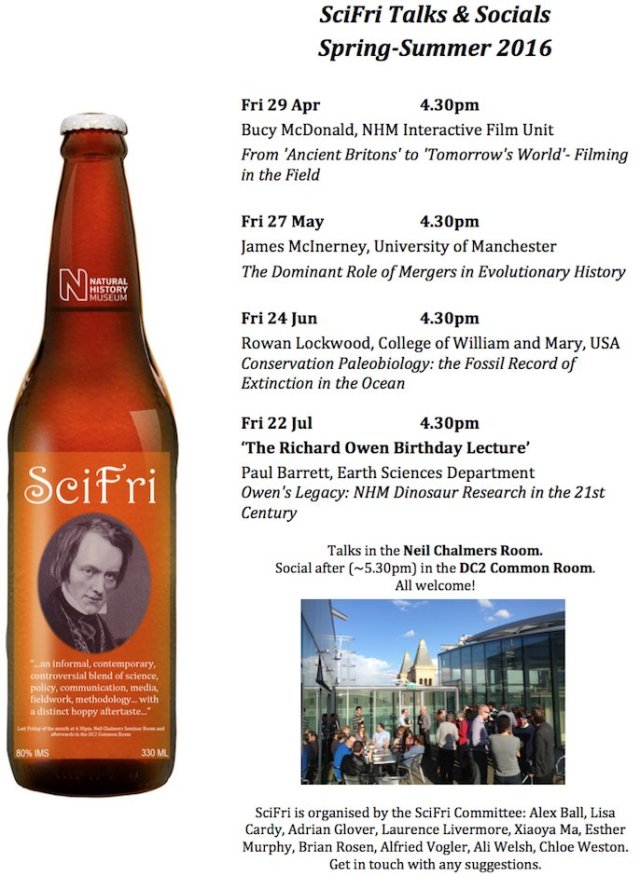 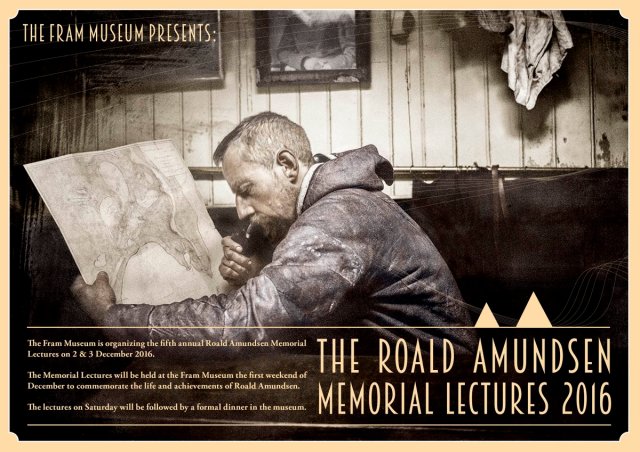 London Fortean Society: A History of Life after Death 26 July 2016

Eä: A workshop in Rio to debate about the challenges facing interdisciplinary journals

Augustinerkloster Erfurt: Conference: Towards a Global History of Ideas 7–9 July 2016

Studies in the History and Philosophy of Science: CfP: Special Issue: Knowledge Transfer and Its Context

University of Freiburg: Accidents and the State in the 20th Century

The Victorianist: CfP Reminder: The “Heart” and “science” of Wilkie Collins and His Contemporaries 24 September 2016 London

King’s College London: From Microbes to Matrons: The Past, Present and Future of Hospital Infection Control and Prevention 1-2 September 2016

Australian Academy of Science: The Moran Award for History of Science Research

Institution of Engineering and Technology, London: Conference: Telecommunications in the Aftermath of World War 1: Civilian and Military Perspectives 10 August 2016

University of Birmingham: Social Studies in the History of Medicine – ‘Forged by Fire: Burns Injury and Identity in Britain, c.1800-2000’

The Nobel Museum Stockholm: Prizes and Awards in Science before Nobel. 5th Watson Seminar in the Material and Visual History of Science 5 September 2016

Society for the History of Alchemy and Chemistry: Partington Prize

Kunsthistorisches Institut In Florenz – Max-Planck-Institut: CfP: Photo-Objects. On the Materiality of Photographs and Photo-Archives in the Humanities and Sciences 15–17 February 2017

University of Leuven: CfA: The science of evolution and the evolution of the sciences 12–13 October 2016 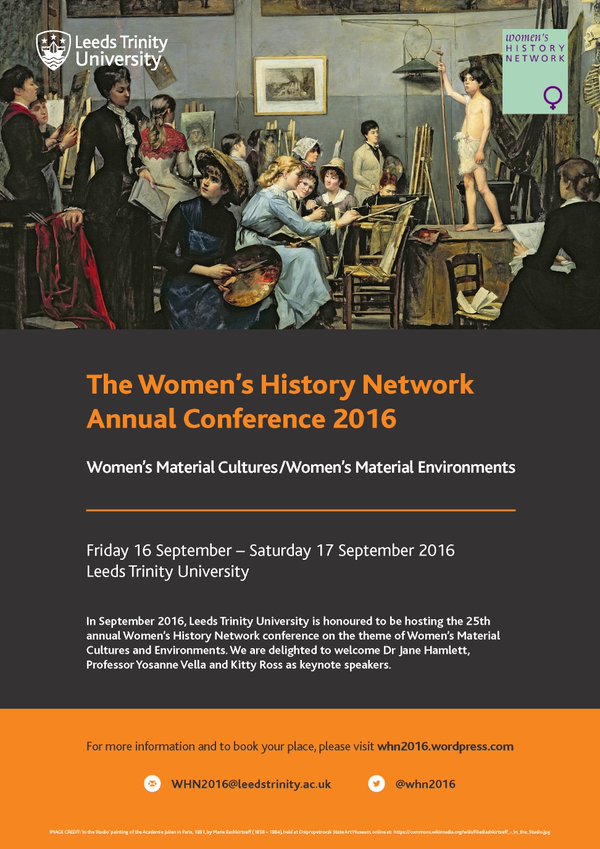 University of Bristol: Centre for Science and Philosophy: Events

BSHS: Singer Prize: The Singer Prize, of up to £300, is awarded by the British Society for the History of Science every two years to the writer of an unpublished essay, based on original research into any aspect of the history of science, technology or medicine.

BJHS Themes: We are calling for proposals for Issue 3 (2018) of BJHS Themes, the annual open-access journal that is a companion to the British Journal for the History of Science. Like the BJHS, BJHS Themes is published by Cambridge University Press on behalf of the BSHS.

Barts Pathology Museum: CfP: The “Heart” and “Science” of Wilkie Collins and his Contemporaries 24 September 2016 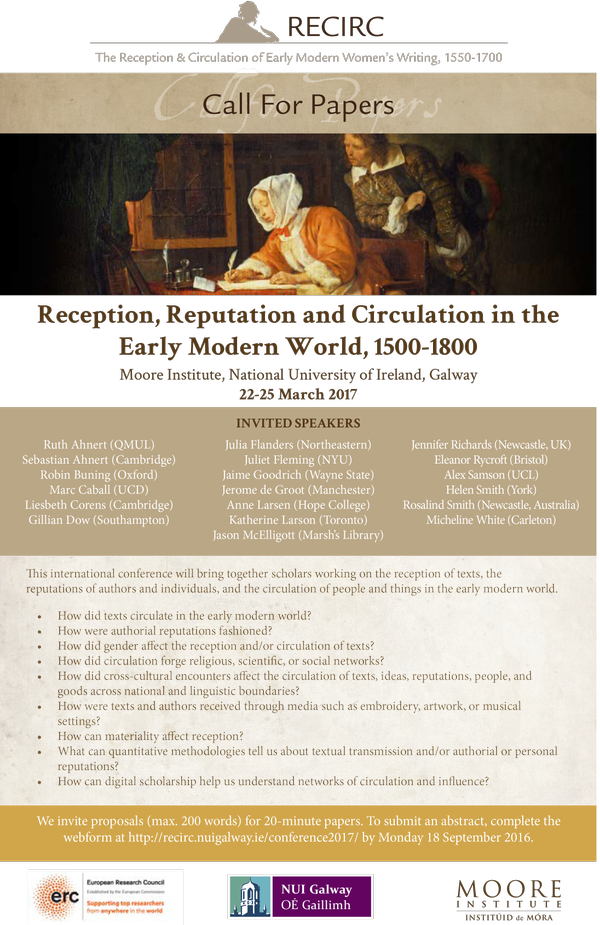 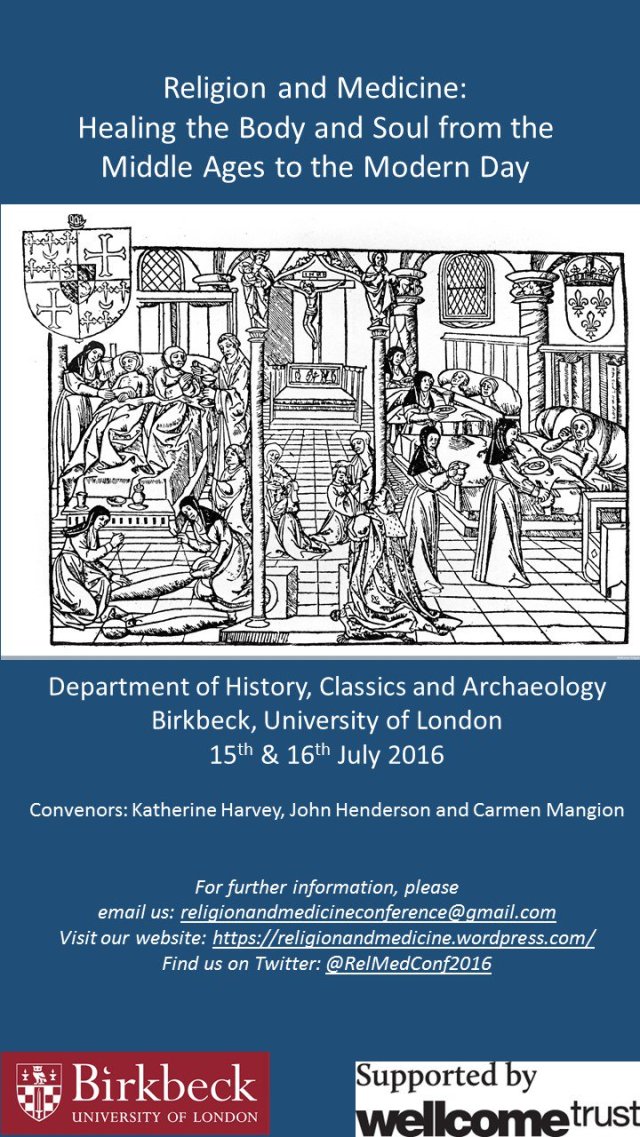 2nd International Conference on the History of Physics: Invention, application and exploitation in the history of physics Pöllau, Austria 5–7 September 2016

University of Greenwich: Society and the Sea Conference: 15–16 September 2016

British Journal for the Philosophy of Science: Call for Book Reviewers