Despite sub-zero temperatures and Twitter disturbances Whewell’s Gazette the weekly #histSTM link list is here once again bring you all of the histories of science, medicine and technology that we could find for your delectation in cyberspace over the last seven days.

Two famous repositories of information, The British Museum and Wikipedia share a birthday although the former is considerably older than the latter. All branches of knowledge require such repositories if they are to function properly and the history of encyclopaedias, libraries and museums is an important part of the histories of science, medicine and technology.

In his concepts of a third world of human knowledge Karl Popper asks his readers to imagine a world devastated by some form of disaster then poses the question, which society would recover fastest one in which all libraries and books had been lost or one in which this repositories of human knowledge had survived and were accessible to the recovering society. The answer should be obvious.

A free online encyclopaedia such as Wikipedia and public libraries and museums are immeasurably valuable resources for everybody that we often take for granted but without them life would be much poorer and often much more difficult.

Whewell’s Gazette a small repository of knowledge says support your local repositories wherever they are, you never know when you might need them.

The Guardian: Wikipedia’s strength is in collaboration – as we’ve proved over 15 years

ars technica: On Wikipedia’s 15th Birthday, Ars shares the entries that most fascinate us

Yovisto: All the World’s Knowledge – Wikipedia

“There’s a special place in Hull reserved for the inventor of autocorrect.” h/t @Amanda_Vickery

“In arboretum, trees are domesticated, or at least tame, but in adjacent meadow same trees are feral as escapee seeds from arboretum”. – Dolly Jørgensen (@DollyJørgensen)

“Early on, I was taught that coding is the art of introducing bugs into an initially bug-free environment…” – @arclight

“That is, I believe, a fine task for historians: to be a danger to national myths.” – Eric Hobsbawm. h/t @SocialHistoryOx 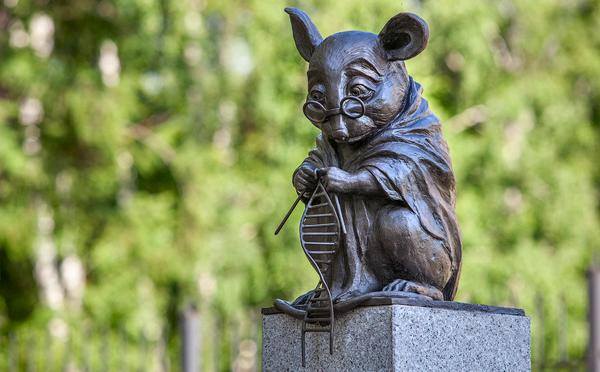 The Vaults of Erowid: Albert Hofmann

Benjamin Franklin Drawing Electricity from the Sky c. 1816 at the Philadelphia Museum of Art, by Benjamin West

Benjamin Franklin In His Own Words

Discovery of the Week: 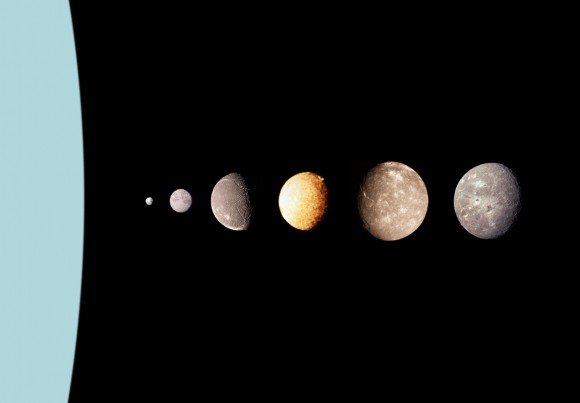 Royal Museums Greenwich: The Herschel Family and the Royal Observatory

The New Yorker: A Hydrogen Bomb by Any Other Name

Universe Today: What is the Geocentric Model of the Universe?

Skulls in the Stars: 1801: Fraunhofer gets research funding in the worst possible way

Royal Astronomical Society: 100 years and counting: women in the RAS go from strength to strength

RAS: Women and the RAS: 100 years of Fellowship

The Guardian: Polar explorer Ernest Shackleton may have had a hole in his heart, doctors say 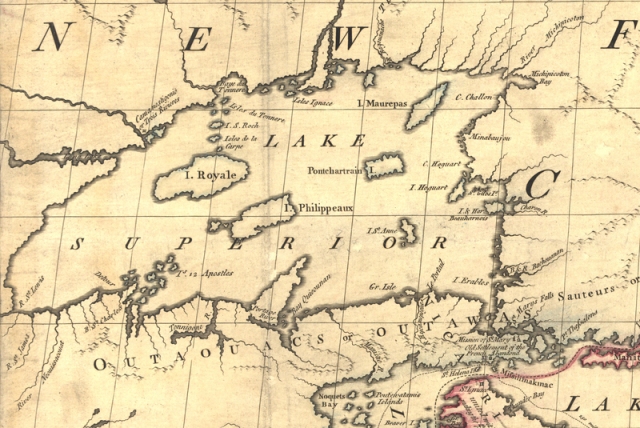 The Washington Post: How a karma-seeking Redditor uncovered one of the world’s rarest atlases

Thomas Morris: Killed by a cough

Royal College of Physicians and Surgeons of Glasgow: Auroscope invented by John Brunton

Royal College of Physicians of Edinburgh: Daniel Carrion’s experiment: the use of self-infection in the advance of medicine

Center for the History of Medicine: On View: Bone box with appendicular bones

Medievalists.net: A History of Tonsillectomy: Two Millenia of Trauma, Hemorrhage and Controversy

Phys.org: A medical pop-up book from the 17th century

Royal College of Physicians of Edinburgh: Gymnastics and acrobatics as medical therapeutics

Thomas Morris: The woman who turned to soap

The Atlantic: The First Artificial Insemination Was an Ethical Nightmare

The Quack Doctor: The Amateur Anatomist and the Amputated Finger

A Covent Garden Gilflurt’s Guide to Life: The Finger Alphabet

Finger alphabet illustrations from The Invited Alphabet by R.R. published in 1809

NYAM: At the Crossroads of Art and Medicine

Thomas Morris: Putting a patient to sleep (without anaesthetic)

Old Book Illustration: Doctor on His Way to Visit His Patient

Innovating in Combat: Signalling at the Battle of Passchendaele, July to November

The British Newspaper Archive: Alexander Graham Bell demonstrates the telephone to Queen Victoria in 1878 – “I’m on the throne!”

Atlas Obscura: The American Textile Industry was Woven from Espionage

Library of Congress: In the Muse: Performing Arts Blog: Unboxing the Buchla Model 100

Open Culture: Rick Wakeman Tells the Story of the Mellotron. The Oddball Proto-Synthesizer Pioneered by the Beatles

The Atlantic: The Travelling Salesmen of the Nuclear-Industrial Complex

Yovisto: Nicolas Steno and the Principles of Modern Geology

Atlas Obscura: This 19th-Century Map Shows That Beaver Dams are Built to Last

Five Thirty Eight Science: The Biggest Dinosaur in History May Never Have Existed

The Guardian: The Danish Girl and the sexologist: a story of sexual pioneers

Notches: Through the Eyes of the Establishment: Student Sexuality and the Dean of Women’s Office at Purdue University

This View of Life: Social Darwinism, A Case of Designed Ventriloquism

Smithsonian.com: Life and Rocks May Have Co-Evolved on Earth 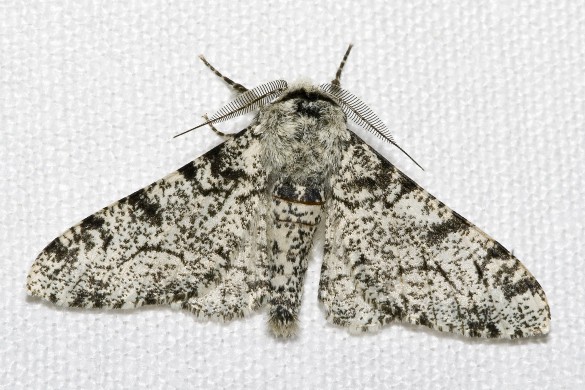 The Dispersal of Darwin: Article: The Impact of Lamarck’s Theory of Evolution Before Darwin’s Theory

Forbes: How the Dissection of a Shark’s Head Revealed the True Nature of Fossils

homunculus: The place of the periodic table

homunculus: The myth of the Enlightenment (again)

Canadian Society for the History and Philosophy of Science: Communiqué No. 92 Winter 2016 (see interview with Jai Virdi-Dhesi pp. 9–12)

DW Made for Minds: Bavaria returns stolen books worth millions to Naples 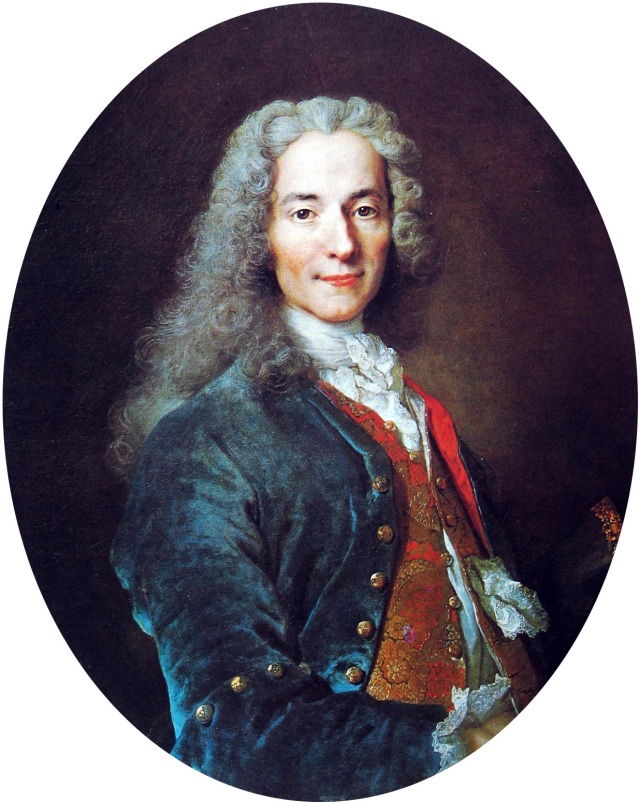 Registrar Trek: The Next Generation: How NOT to number objects

homunculus: More on the beauty question

Lady Science: No. 16: Gender and Forensic Science on Television

The Renaissance Mathematicus: Founders of Science?

Jonathan Saha: The Health of the History of Medicine in Southeast Asia

The Guardian: We need to talk about TED

Atlas Obscura: The History and Uses of Magical Mandrake, According to Modern Witches 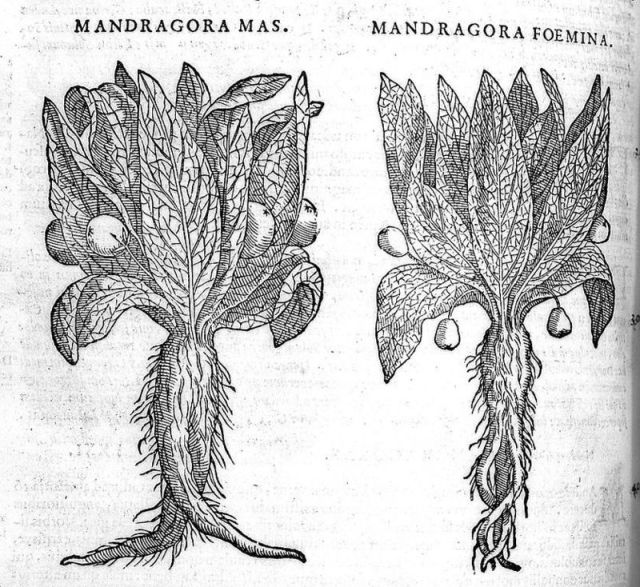 The Chronicle of Higher Education: Vial and Error

Science Museum: What to think about machines that think

Science League of America: Bitten by the Insect Bug

The Guardian: Menagerie by Caroline Grigson – a lively history of strange animals and stranger people

Watershed Moments: Thoughts from the Hydrosphere: The Invention of Nature: Serendipity, Early Scientists, and Modern Ideas

Nature: Entomology: A life of insects and ire

The Dispersal of Darwin: The Last Volcano: A Man, a Romance, and the Quest to Understand Nature’s Most Magnificent Fury 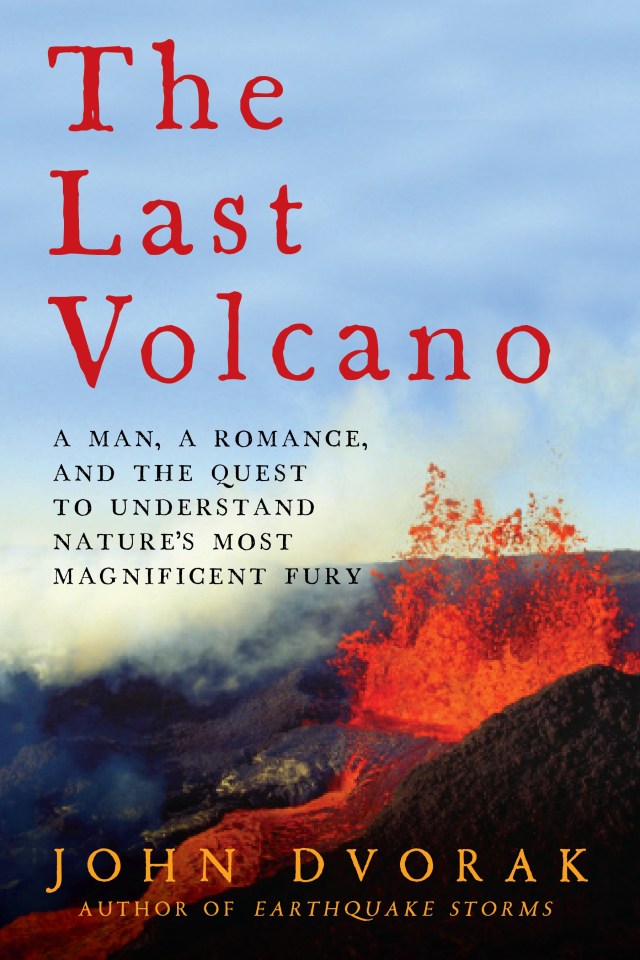 The Dispersal of Darwin: A Brief History of Creation: Science and the Search for the Origin of Life

Advances in the History of Psychology: Mar. 12th Pop-Up Museum Explores Contributions of Women of Colour in Psych

The Telegraph: The best art exhibitions of 2016 (some #histSTM connections!)

Historical Medical Library: Online Exhibition: Under the Influence of the Heavens: Astrology in Medicine in the 15th and 16th Centuries

Somerset House: Utopia 2016: A Year of Imagination and Possibility

The Spectator: John Dee though he could talk to angels using medieval computer technology 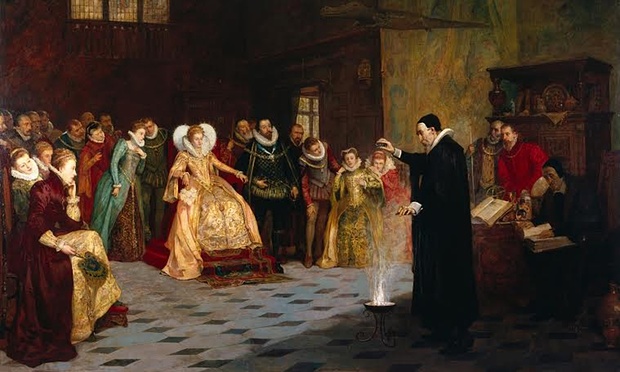 Closing Soon: Museum of the History of Science: Henry Moseley: A Scientist Lost to War Runs until 31 January 2016

Bethlem Museum of the Mind: The Art of Bedlam: Richard Dadd Runs till 6 February 2016

The Denver Post: “Vera Rubin” performance a collaboration of the BETC and Fiske Planetarium 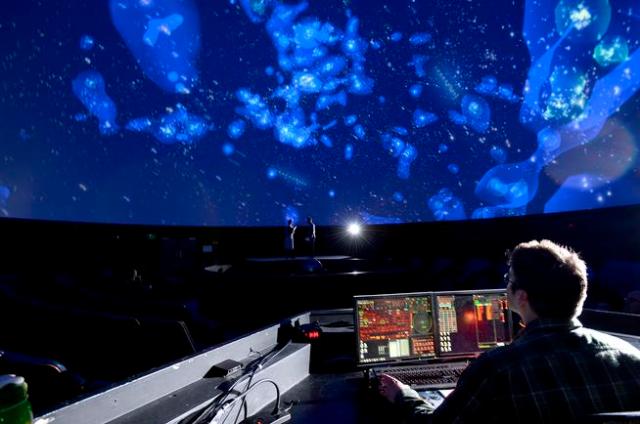 Benjamin, Director of Education, runs the visuals during a rehearsal for Vera Rubin: Bringing the Dark to Light at Fiske Planetarium in Boulder, Colorado January 13, 2015. Boulder Daily Camera/ Mark Leffingwell

The Cockpit – Theatre of Ideas: Jekyll and Hyde 13 January–6 February 2016

University of York: Lecture: Not Everyone Can Be A Gandhi: The Global Indian Medical Diaspora in the post-WWII Era 3 March 2016

University of Leeds Museum of the History of Science, Technology and Medicine: Lecture: Object 1. Horse and Rider 26 January 2016 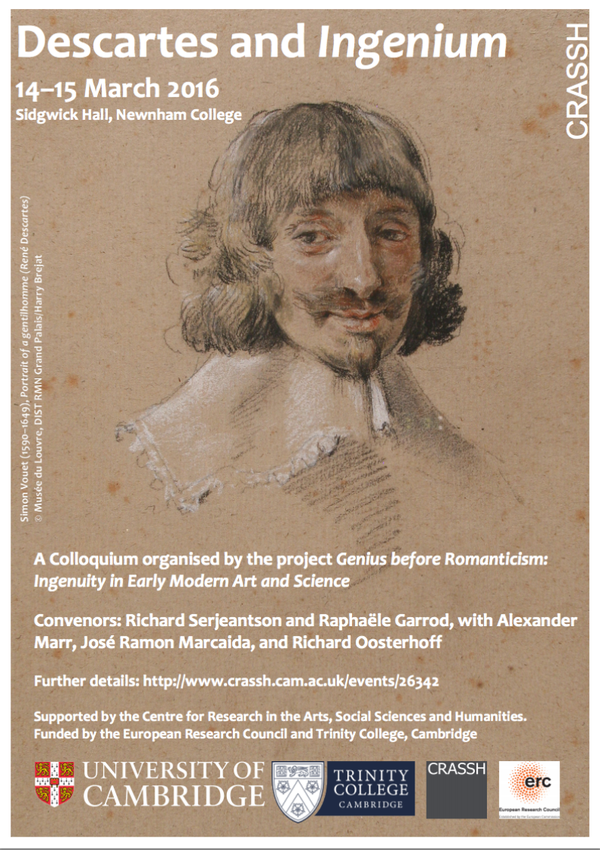 The Washington Post: These are the most exciting museum happenings in 2016

CRASSH: Cambridge: Workshop: Orientalism and its Institutions in the Nineteenth Century 18 February 2016 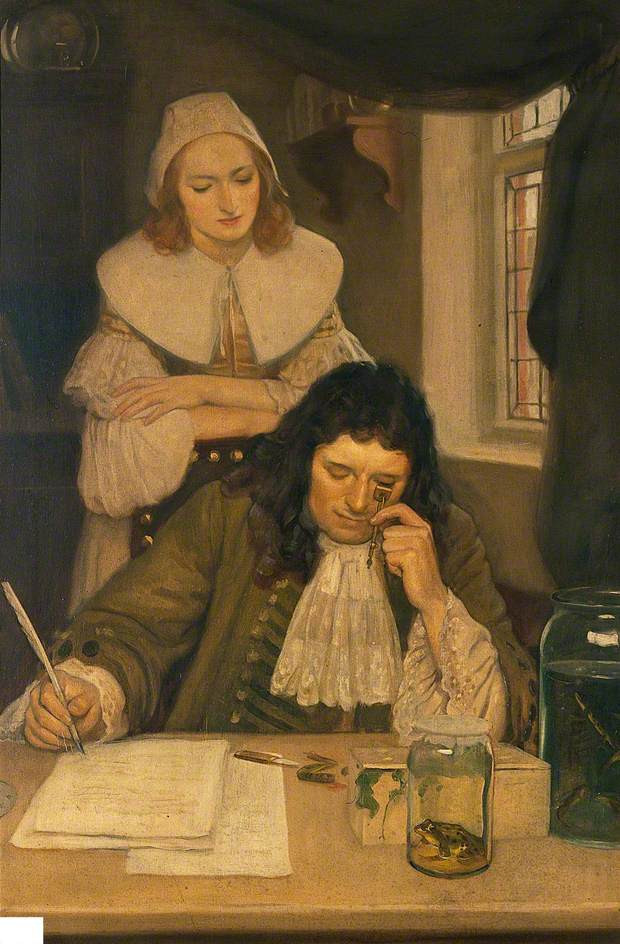 Leeuwenhoek with His Microscope by Ernest Board
(c) Wellcome Library; Supplied by The Public Catalogue Foundation

Ri Channel: How to survive in space

Science for the People: Science in Wonderland

MHS Oxford: Part-Time Exhibition Curator – ‘Back From the Dead’

University of Kent: Research Associate: The Abortion Act: a Biography

University of Groningen: Tenure track position in the philosophy, sociology and history of science applied to psychology Deadline 27 January 2016