Whewell’s Gazette your weekly #histSTM links list bringing you all that we could gather together of the histories of science, technology and medicine from the four corners of the Internet over the last seven days cruises into December.

For the second week running we feature Einstein and his General Theory of Relativity, this time celebrating its official one-hundredth birthday. The current (understandable) dominance in the #histsci news of Einstein at the moment leads to thoughts of the Einstein-Currie syndrome, phenomenon or problem as it is variously known. This is the fact that Einstein and Currie are so well known that other important scientists tend to disappear in their shadows. The same phenomenon occurs with Galileo and Newton in the seventeenth century. In fact there is an excellent book by Lesley Murdin titled Under Newton’s Shadow that highlights the other seventeenth English astronomers who were unfortunate enough to be Newton’s contemporaries.

A second unfortunate phenomenon resulting from the dominance in #histSTM of a handful of big names are the articles with titles like “the most important scientist you’ve never heard of!” These are particularly prevalent amongst those trying to promote the role of women in #histSTM. In principle the idea is good but unfortunately the authors almost always choose one of a group of names of women scientist who are in the meantime very well known indeed. A good example this week is an article to be found in our technology rubric, There’s a Navy Destroyer & a Tech Conference Named After This Person But You’ve Probably Never Heard of Her, which is an article about Grace Hopper. Now anybody who is remotely interested in the history of computers and computer science, who doesn’t know about Grace Hopper has being living under a stone. Grace Hopper is one of the most well known computer scientists in the world.

This is just one example and I could go on to list quite a lot more and I think we need a change in the way we approach the subject. Instead of writing the two-hundredth article about Grace Hopper, Lise Meitner, Jocelyn Bell Burnell or whoever we should concentrate on making the many not quite as famous women in #histSTM better known and showing that the spread is much wider than just a few star names.

That this is possible is excellently demonstrated by blogs/websites such as TrowelBlazers or Lady Science. A good example of this by a non-women-specialist blog in this week’s new post at Restricted Data: The Nuclear Secrecy Blog, Women, Minorities and the Manhattan Project. These historians are showing the way. Let’s get away from emphasising the same small handful of star names and start looking at the underbelly and bringing the not quite as famous to the fore.

We humans have not been around long enough yet to see the trees get really angry. – Liam Heneghan (@DublinSoil)

Should have died cosily

And not in that mess. – James Sumner (@JamesBSumner)

“History of science became legend, legend became myth, and some prior work that should not have been forgotten was lost.” – Jeremy Yoder (@JBYoder)

“A creationist commenter gets to the heart of the problem: “I would rather believe and be wrong, than not believe and be right.”” – Richard Carter (@friendsofdarwin)

“John Oliver: “There was only one time in US history when refugees actually did wipe everyone out—and we’ll be celebrating it on Thursday.”” – h/t @Pogue

“Ignorance is not so incurable as error.” George Berkeley (1724) h/t @MichelleDiMeo

“Chimps are our closest relatives, and yet they never send us Christmas cards. – Chris Addison” h/t @DarwinMonkey

“Actually Wittgenstein is the name of the philosopher not the monster”. – James (@ApathTea)

“I have been trying to think the Unthinkable. But it turns out you can’t”. – @historyscientis

The New York Times: A Century Ago, Einstein’s Theory of Relativity Changed Everything

Forbes: General Relativity and the ‘Lone Genius’ Model of Science

The Washington Post: Einstein’s General Relativity at 100: Put that in your pipe and smoke it

The New York Times: Albert Einstein and Relativity in the Pages of The Times

Science Museum: The past, present and future of general relativity

In the Dark: 100 Years of General Relativity

BBC: What is Albert Einstein’s Theory of General Relativity?

Science Daily: What Did Einstein Mean By ‘Curved’ Spacetime?

National Science Foundation: Albert Einstein, in his own words

The Economist: General Relativity at 100 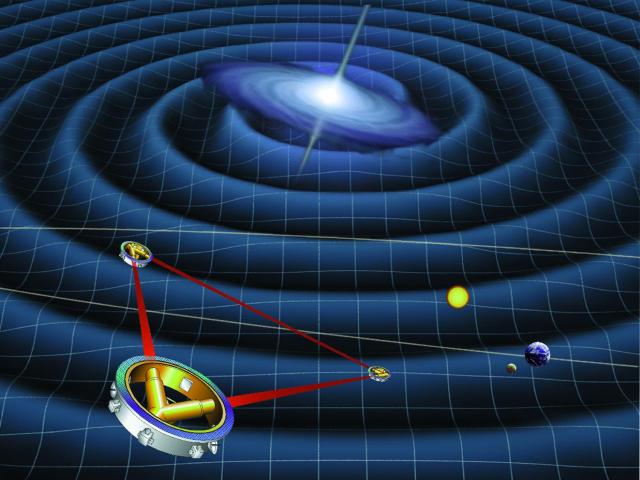 Perimeter Institute: General Relativity from A to Z

BBC Radio 4: In Our Time: Relativity

Slate: On the Anniversary of Two Scientific Revolutions

Here he is having a picnic in the woods near Oslo, 1920.
Albert Einstein Archives / Princeton University Press

Princeton University Press: Thanks Einstein: Alice Calaprice on the man behind the myth

Open Culture: Albert Einstein On God: “Nothing More Than the Expression and Product of Human Weakness”

The Guardian: My hero: Albert Einstein by Graham Farmelo 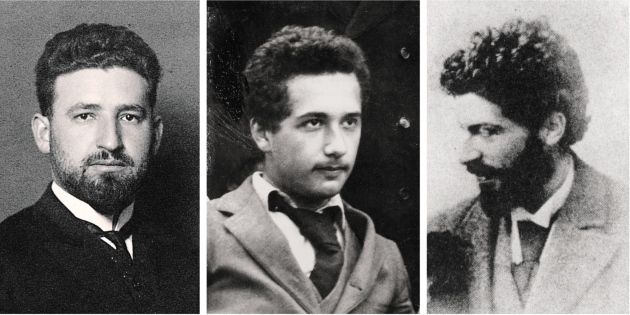 Yovisto: Alfonso from Spain and the Alfonsine Tables

BackRe(Action): Dear Dr B: Can you think of a single advancement in theoretical physics, other than speculation, since the early 1980s?

True Anomalies: The Meteorite Crater that Wasn’t: Reflections on SPECTRE

Smithsonia.com: The World’s First Nuclear Reactor was Built in a Squash Court

JHI Blog: The “Conquest of the Sun” and Ideas About Energy 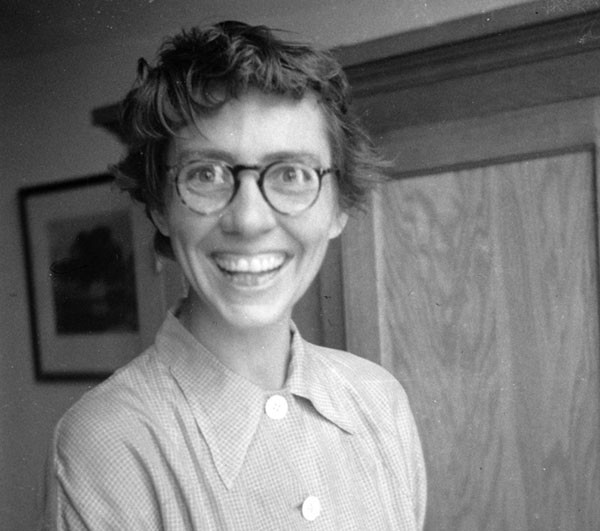 Medievalists.net: The Use of Lead and Line by Early Navigators in the North Sea

Boston 1775: Mapping Out a Map-Filled Visit to Boston

The Recipes Project: A Recipe for Teaching Atlantic World History: Food and the Columbian Exchange 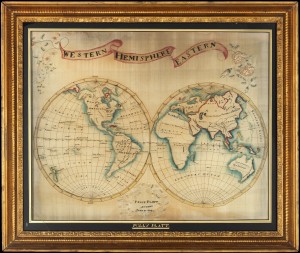 Neuroscientifically Challenged: History of Neuroscience: The mystery of trepanation

Collectors Weekly: War and Prosthetics: How Veterans Fought for the Perfect Limb

Left, this Civil War era portrait shows a veteran with a typical wood and leather prosthetic leg. Image courtesy the National Museum of Health and Medicine. Right, this Anglesey-style wooden leg was produced in Britain around 1901, and features a jointed knee and ankle and a spring-fitted heel. Image courtesy of the Science Museum / SSPL.

The Guardian: Man stole brains from medical museum and put them on eBay

The Walrus: Doctors Without Science: A brief history of quackery, from leeches to ostrich eggs

The Chirurgeon’s Apprentice: Hold the Butter! A Brief History of Gorging

University of Toronto: PhD Thesis: From the Hands of Quacks: Aural Surgery, Deafness, and the Making of a Surgical Specialty in 19th Century London by Jaipreet Virdi-Dhesi Free online as pdf

Thomas Morris: Nothing to worry about

The Public Domain Review: The Science of Life and Death in Mary Shelley’s Frankenstein

History Extra: Your 60-second guide to the Black Death

ReadThink: There’s a Navy Destroyer & a Tech Conference Named After This Person But You’ve Probably Never Heard of Her

Atlas Obscura: The Telharmonium was the Spotify of 1906

PRI: When Ireland gathered around ‘the Wireless’ in the dark, one boy saw the light

Atlas Obscura: See a 400-Year-Old Book Made Entirely from Feathers

Notches: Histories of Sexualities in Central and Eastern Europe

British Library: Discovering Literature: Romantics and Victorians: Darwin and the theory of evolution

Charles Darwin on board the Beagle, painted off the coast of Argentina on 24th September, 1832 Photo: Sotheby’s

The Guardian: Unique watercolour of Darwin on HMS Beagle tipped to fetch upwards of £50,000 at auction

History: This Day in History: Origin of Species is published

Niche: “Two chemical works behind him, and a soap factory in front”: Living and Working in London’s Industrial Marshlands

The Walrus: The Roughneck Diaries

Colossal: Art Meets Cartography: The 15,000-Year History of a River in Oregon Rendered in Data 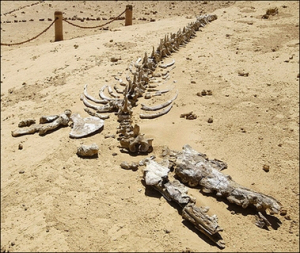 A 40 million year old whale fossil from “whale valley” in Egypt not far from Cairo. Here hundreds of whale fossils lie exposed in this wind eroded valley. These whales where large headed toothed whales that are not alive today. Many of these would have been exposed for ancient Egyptians to see and wonder what animal they were associated with. (AFP/File/Cris Bouroncle)

SNAP.PA: The history of climate change summed up in 10 key dates

Thinking Like a Mountain: The Decline of Natural History & the Rise of Biology in 19thc Britain

Chemistry World: Six of the best from Stella

JHI Blog: Hellenism and the Materiality of Greek Books in Renaissance Italy

A copy of the Anthologia Graeca (1494) printed by Lorenzo de Alopa in 1494. Notice the raised bands on the spine, non-projecting endbands, and how the bookblock is smaller than the boards.

The Guardian: Scientists finally get under the skin of a 13th century publishing mystery

Phy.org: Getting under the skin of a medieval mystery

University of York: Getting under the skin of a Medieval mystery

Conciatore: The Sincerest Form of Flattery

Conciatore: Veins of the Earth 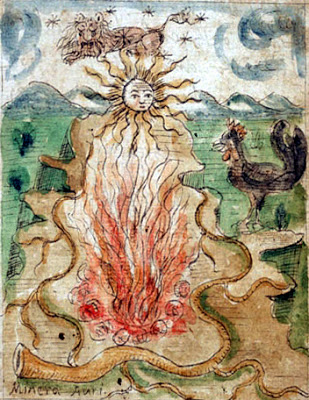 Nature: Books in Brief: Thunder and Lightning: Weather Past, Present and Future; The Orange Trees of Marrakesh: Ibn Khaldun and the Science of Man etc.

Science Book a Day: The Man Who Flattened the Earth: Maupertuis and the Sciences in the Enlightenment 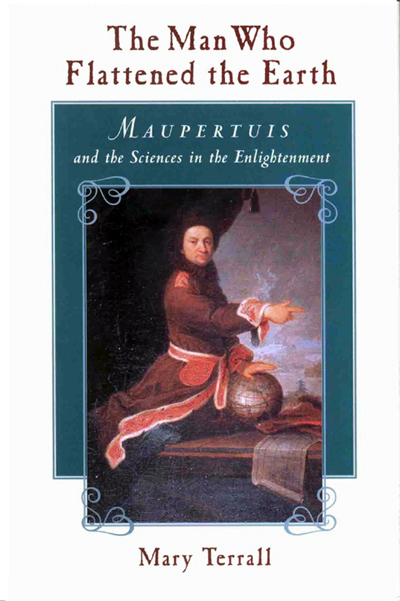 The Guardian: The Invention of Science: A New History of the Scientific Revolution by David Wootton review – a big bang moment

The Wall Street Journal: The Shape of Obsession (Google title then click on first link to surmount paywall!)

The MIT Press: Make It New: The History of Silicon Valley Design

The Architects Newspaper: Not Dead Yet

Nature: A view from the bridge: On Reflection: the art and neuroscience of mirrors

DPLA: From Colonialism to Tourism: Maps in American Culture 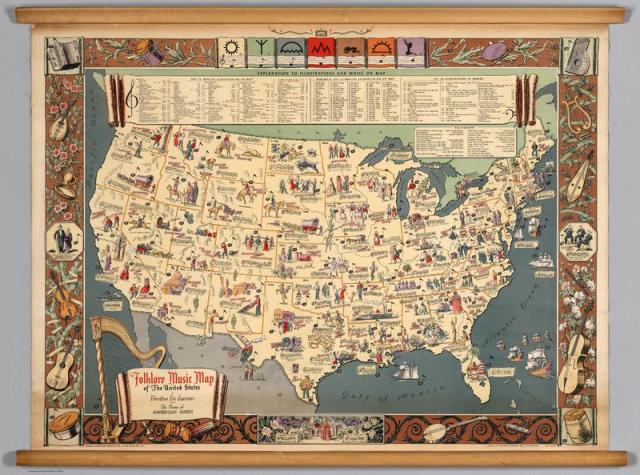 Guiding Lights: 500 years of Trinity House and safety at sea Runs till 4 January 2016

Museum of the History of Science: Lightning Strikes! 5 December 2015

BBC Radio 4: Too Old to Be a Genius

Soundcloud: AMSEOnline: Century of the Atom…told through the voices of scientists who created the nuclear age

World Association for the History of Veterinary Medicine: 2016 Young Scholars Award Competition: Best original essay on any topic of relevance to the history of the veterinary field

Barts Pathology Museum and the Hunterian Museum at the Royal College of Surgeons, London: CfP: Corpses, Cadavers and Catalogues: The Mobilities of Dead Bodies and Body Parts, Past and Present 17–18 May 2016

Comitatus: A Journal of Medieval and Renaissance Studies: Vol. 47 (2016) Call for Papers

Society for the History of Technology: The Hindle Fellowship

University of Glasgow: The 2016/17 round of Lord Kelvin/Adam Smith PhD Scholarships is open for applications until Friday 22 January 2016

University of Leeds: The School of Philosophy, Religion and History of Science at the University of Leeds is pleased to inform potential applicants for postgraduate study that it has available up to 18 fully-funded PhD scholarships for UK/EU students for 2016-17 entry.

University of Notre Dame: Two Postdoctoral Fellowships in History and/or Philosophy of Science