Assuming you survived the artillery barrage and the alcohol excesses of the New year’s celebrations you now have before you the first 2016 edition of Whewell’s Gazette the weekly #histSTM links list, which continues to bring you are that we could find of the histories of science, technology and medicine over the last seven days throughout cyberspace.

Strictly the New Year’s celebration welcoming the beginning of the year 2016 CE only apply to those whose lives are regulated by the arbitrary prescriptions of the Gregorian calendar, which like all calendars is merely a social convention.

For those who prefer to mark the passing of time according to the four principal points of the solar year, vernal or spring equinox falls on 20 March 2016 and the autumnal equinox on 22 September. The summer solstice is on 20 June and the winter solstice is on 21 December.

Whichever calendar you follow and whenever your year begins and ends we hope you will continue to follow Whewell’s Gazette the whole year round.

“The problem with the future is that is keeps turning into the present.” – Bill Watterson “Calvin & Hobbes”

“I just read this on @‪TheAtlantic “There is just no acceptable level of any chemical to ingest, ever” and then my brain fell out of my ear”. – @Schrokit

“If history were taught in the form of stories, it would never be forgotten.”― Rudyard Kipling h/t @ESA_History 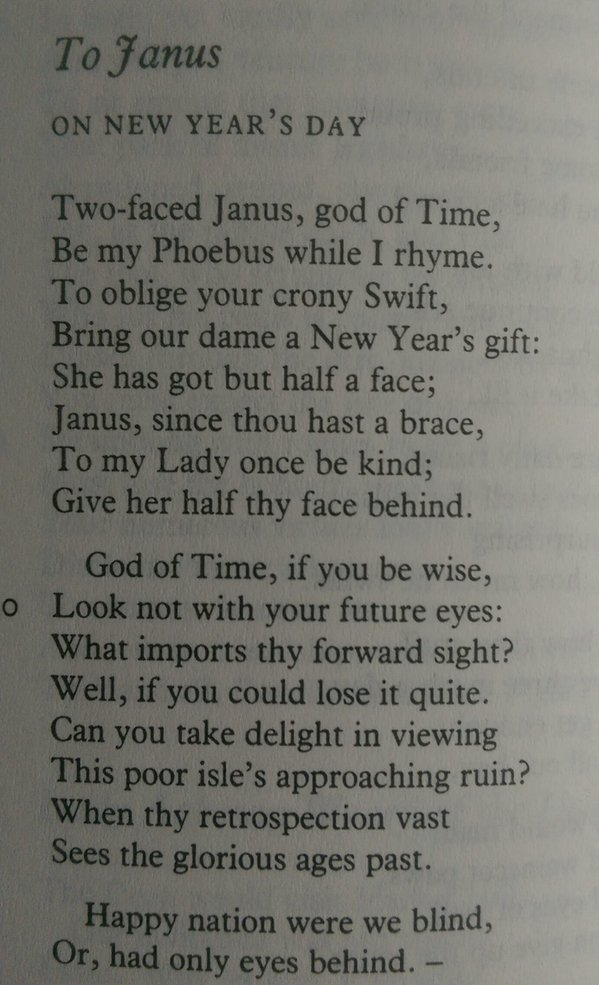 “Smoking is a leading cause of statistics.” – Fletcher Knebel h/t @intmath

“I have not time nor Paper to describe this horrid spot of Hills, the like of which I never yet saw” – Halley unimpressed by Snowdonia. h/t @KateMorant

“…the pursuit of evidence is probably the most pressing moral imperative of our time.” – Alice Dreger (@AliceDreger)

“Anyone who finds “Lord of the Flies” incredible has not spent enough time in a British Isles’ secondary school”. – Liam Heneghan (@DublinSoil)

“What distinguishes humans from the rest of the animal kingdom is our capacity for hypocrisy”. – Peter Coles (@telescoper)

“I would like 2016 to be the year when people remembered that science is a method of investigation and NOT a belief system”. – John Cleese (@JohnCleese) 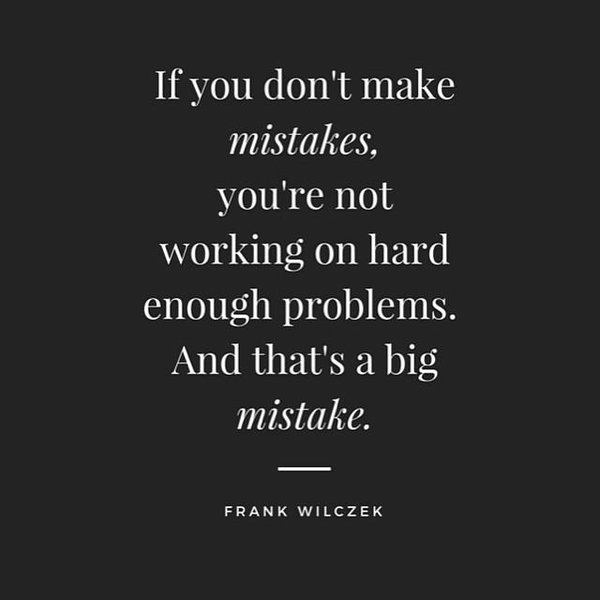 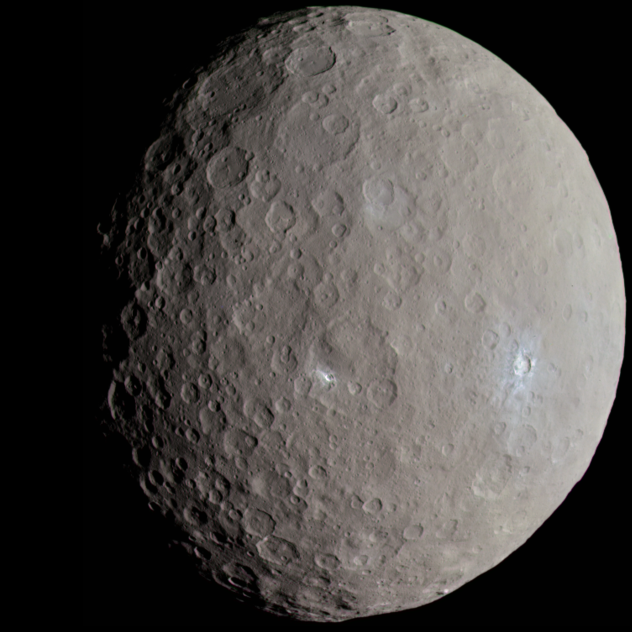 A view of Ceres in natural colour, pictured by the Dawn spacecraft in May 2015.

astropa.unipa.it: Bode’s Law and the Discovery of Ceres

MSFC history Office: “The Disney-Von Braun Collaboration and Its Influence on Space Exploration”

erittenhouse: The Art of Making Leyden Jars and Batteries According to Benjamin Franklin

The first building completed at Vassar College was the observatory, long called the Maria Mitchell Observatory.

Atlas Obscura: In 1844, the Philippines Skipped a Day, and it Took Decades for the Rest of the World to Notice

The Renaissance Mathematicus: Just another day

BBC Future: How the most expensive structure in the world was built 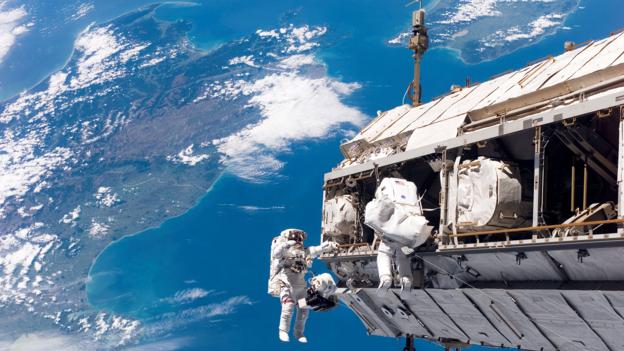 The ISS may lack the drama of missions like Apollo 13, but that’s how mission control would prefer it (Credit: Nasa)

Huff Post: The Blog: Peake and the Women that Science Forgot 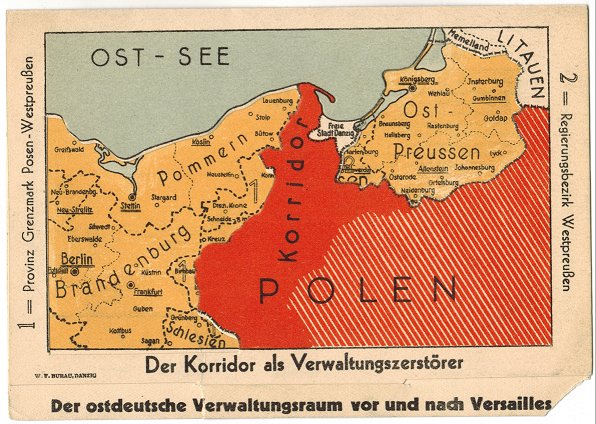 Big Think: Is This Map Australia’s Clumsy Attempt at Fabricating a Japanese Invasion During WWII?

National Journal: That is the Brain that Shot President James Garfield: But why? A 135-year-old mystery

Chemical Heritage Magazine: Mummies and the Usefulness of Death

Atlas Obscura: The Toothbrush that Grows on Trees

The Victorianist: The ‘lady Doctor’ and the ‘helpless Native’: Constructing the Female Doctor/Patient Relationship in Nineteenth-Century India

Thomas Morris: The child that cried in the womb

Advances in the History of Psychology: Special Issue on Cinema and Neuroscience

Greg Jenner: How did women deal with their periods? The history of Menstruation

Advances in the History of Psychology: The Pasteur Institute and the Study of the Animal Mind

Thomas Morris: Death from too much pie

Wellcome Library: The ‘disease woman’ of the Wellcome Apocalypse

Thomas Morris: Impaled on a stake

CHF: Tryals and Tribulations: In 17th-century England, doctors battled illness and each other

erittenhouse: The David H.H. Felix Collection and the Beginnings of the Smithsonian’s Museum of History of Technology

Corning Museum of Glass: Souvenirs and Mold-Blown Glass for the Marketplace

Techné: Reading Feynman Into Nanotechnology: A Text for a New Science (pdf)

Glass drops or tears coated in glue,
after detonation, (cross section is left)
from Robert Hooke’s
Micrographia 1664, between p. 10, 11.

The Vault of the Atomic Space Age: The GE Performance Television

Mental Floss: The Theatrophone: The 19th-Century Version of Livestreaming

A refinement of the 1905 Flyer, the Wright Model A was flown on demonstration flights in Europe in 1908 and 1909.
Source: Smithsonian National Air and Space Museum

Smithsonian.com: From Edison’s Light Bulb to the Ball in Time Square

The Telegraph: Robert Boyle’s prophetic scientific predictions from the 17th century go on display at the Royal Society

Medium: We’ve been talking about climate change for a long time

The Royal Society: Notes and Records: A Yankee at Oxford: John William Draper at the British Association for the Advancement of Science at Oxford, 30 June 1860 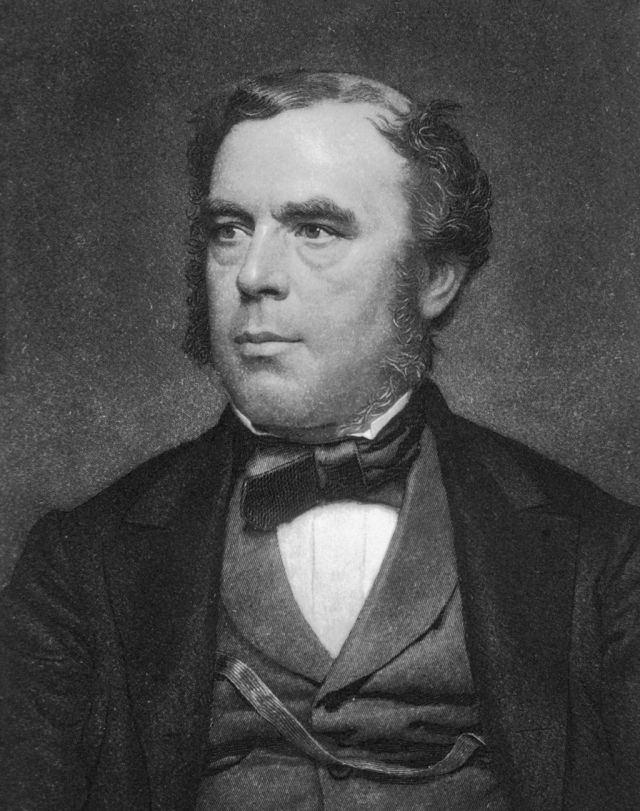 es.ucsc.edu: The Age of the Earth Debate (pdf)

The Public Domain Review: Sex and Science in Robert Thornton’s Temple of Flora

Georgian Gentleman: Saartjie Baartman – a reminder of a tragic life – and death – two hundred years ago

The Three Graces – A midget, the Hottentot Venus and an albino woman, shown courtesy of the British Museum

Once Upon a Time…: A Dino-Lover’s Dream – 1853’s New Year’s Eve Dinner in Crystal Palace Park

Forbes: How to Celebrate the New Year Like a Victorian Paleontologist 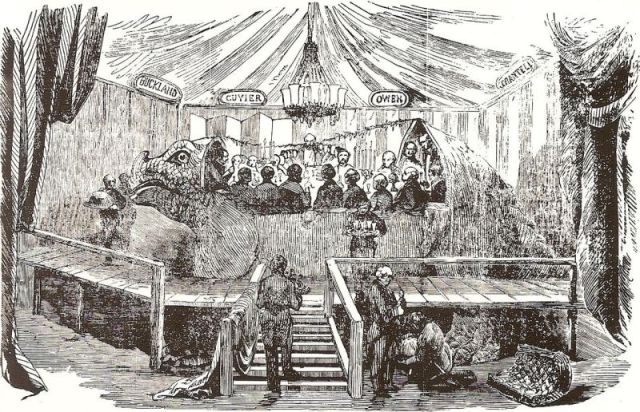 Blink: Death of the floating world

Len Fisher: How Robert Boyle and I Became Chemists

Boyle’s Vacuum Pump (1660)
Reproduced based on Robert Boyle’s book, New Experiments Physico-Mechanical, Touching the Spring of the Air, and Its Effects (1660).

Brooklyn Magazine: From Bumper Cars to Torah Taxidermy: A Guide to 25 of Brooklyn’s Most Unusual Museums

Literacy of the Present: Living in the past: advice to a time traveller

New York Times: How to Cultivate the Art of Serendipity

Mysterious Universe: Was John Dee’s Fascination With the Occult Driven by Espionage?

Science League of America: The Rocky Road to Acceptance, Part 1

Science League of America: The Rocky Road to Acceptance, Part 2

Science League of America: The Rocky Road to Acceptance, Part 3

Science League of America: The Rocky Road to Acceptance, Part 4

Gizmodo: The Discovery of the Solar System Included Some Dead Ends In The Hunt for Vulcan

Granta: Best Book of 2003: The Curious Life of Robert Hooke

Routledge: Women and Gender in the Early Modern World 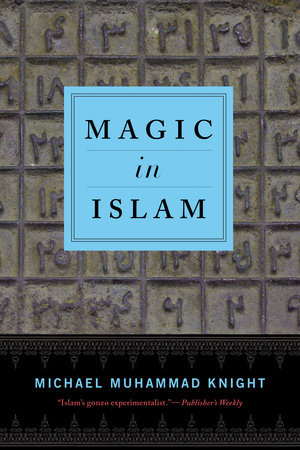 Inside MHS Oxford: What happens to loan objects?

Two women wiring the right side of the ENIAC with a new program, ca. 1946. Courtesy US Army. Standing: Marlyn Wescoff, Crouching: Ruth Lichterman.

Closing Soon: Museum of the History of Science: Henry Moseley: A Scientist Lost to War Runs until 31 January 2016

The Hull of the Mary Rose in her drying out period

Bethlem Museum of the Mind: The art of Bedlam: Richard Dadd Runs till 6 February 2016

Royal Astronomical Society: “The Way to the Stars” – a dramatized celebration of the history of women astronomers leading up their admission as Fellows of the RAS in 1916 8 January 2016

CRASSH: Cambridge: Workshop: Orientalism and its Institutions in the Nineteenth Century 18 February 2016

CHF: Science on Tap: Gas on Tap: Loony Gas and the History and Science of Gasoline 11 January 2016

Michael Faraday at work in his laboratory in the basement of the Royal Institution in London. Painting by Harriet Moore
Source: Wikimedia Commons

Vimeo: The Mystery of Matter: Other Discoverers of the Periodic Table

University of Oxford: Enchantress of Numbers or a mere debugger?: a brief history of cultural and academic understanding of Ada Lovelace

Stevens Institute of Technology: The Maintainers: A Conference, April 8, 2016

National and Kapodistrian University of Athens: CfP: Music and the animal world in Hellenic and Roman antiquity 15 March 2016

The Centre for the History of the Emotions at Queen Mary University of London: Three funded PhD studentships on ‘Living With Feeling’ project

University of Groningen: New MA Programme in Theory/history of Psychology